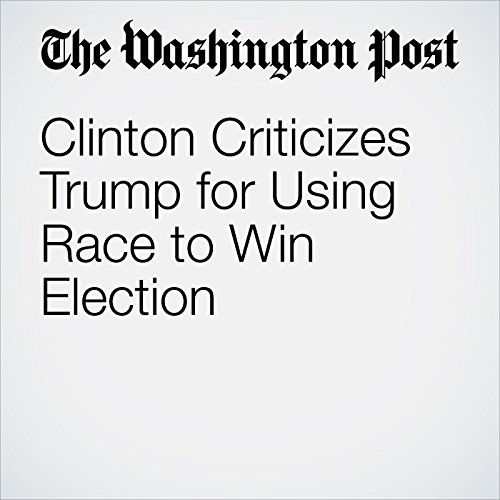 Declaring that she is done with being a candidate, former secretary of state Hillary Clinton looked back on the 2016 presidential campaign Sunday with a mix of regret and frustration over the way she thinks President Trump won the election by stoking racial grievances.

"Clinton Criticizes Trump for Using Race to Win Election" is from the September 10, 2017 Politics section of The Washington Post. It was written by Robert Costa and Ashley Parker and narrated by Sam Scholl.