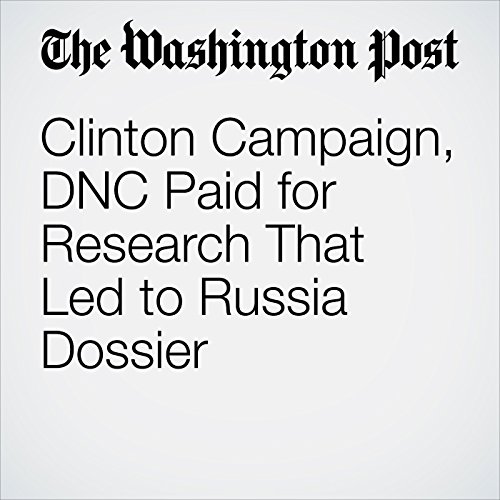 The Hillary Clinton campaign and the Democratic National Committee helped fund research that resulted in a now-famous dossier containing allegations about President Trump’s connections to Russia and possible coordination between his campaign and the Kremlin, people familiar with the matter said.

"Clinton Campaign, DNC Paid for Research That Led to Russia Dossier" is from the October 24, 2017 Politics section of The Washington Post. It was written by Adam Entous, Devlin Barrett and Rosalind S. Helderman and narrated by Sam Scholl.