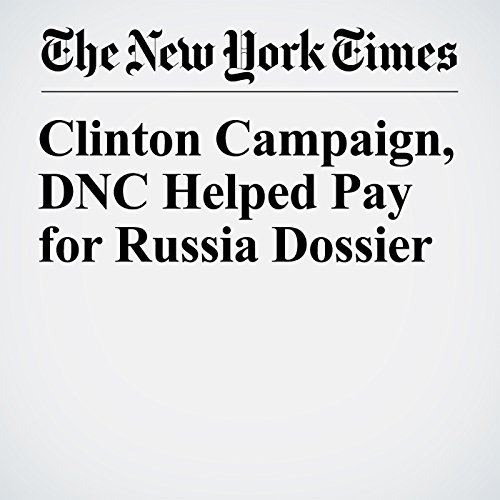 The presidential campaign of Hillary Clinton and the Democratic National Committee paid for research that was included in a dossier made public in January that contained salacious claims about connections between Donald Trump, his associates and Russia.

"Clinton Campaign, DNC Helped Pay for Russia Dossier" is from the October 25, 2017 U.S. section of The New York Times. It was written by Kenneth P.Vogel and narrated by Keith Sellon-Wright.