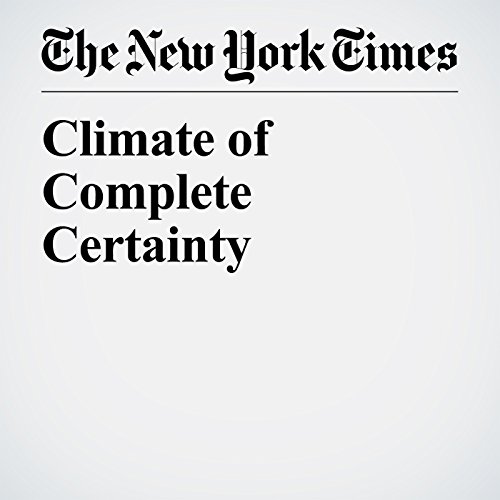 We live in a world in which data convey authority. But authority has a way of descending to certitude, and certitude begets hubris. From Robert McNamara to Lehman Bros. to Stronger Together, cautionary tales abound.

"Climate of Complete Certainty" is from the April 28, 2017 Opinion section of The New York Times. It was written by Bret Stephens and narrated by Keith Sellon-Wright.