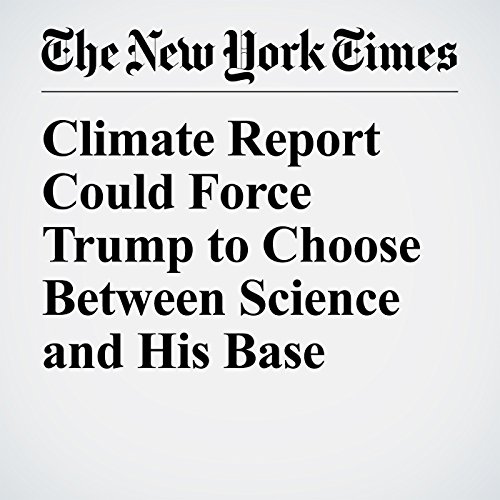 The impending release of a key government report on climate change will force President Donald Trump to choose between accepting the conclusions of his administration’s scientists and the demands of his conservative supporters, who remain deeply unconvinced that humans are the cause of the planet’s warming.

"Climate Report Could Force Trump to Choose Between Science and His Base" is from the August 08, 2017 U.S. section of The New York Times. It was written by Michael D. Shear and Brad Plumer and narrated by Keith Sellon-Wright.