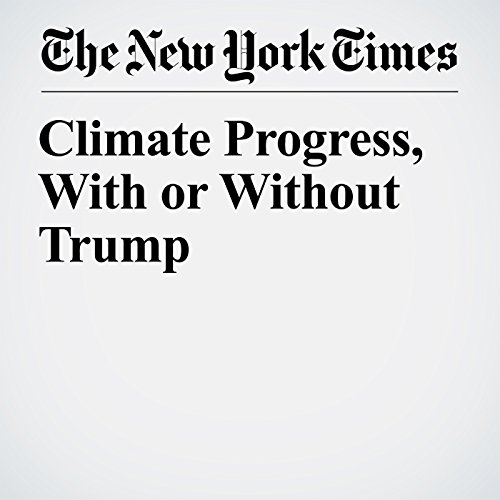 President Trump’s unfortunate and misguided rollback of environmental protections has led to a depressing and widespread belief that the United States can no longer meet its commitment under the Paris climate change agreement. But here’s the good news: It’s wrong.

"Climate Progress, With or Without Trump" is from the March 30, 2017 Opinion section of The New York Times. It was written by Michael R. Bloomberg and narrated by Barbara Benjamin-Creel.