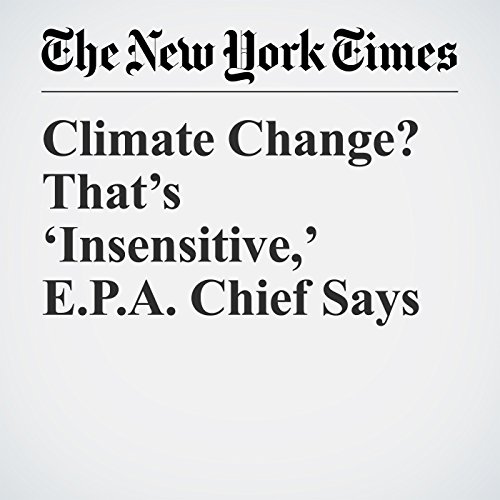 Scott Pruitt, the administrator of the Environmental Protection Agency, says it is insensitive to discuss climate change in the midst of deadly storms. Tomás Regalado, the Republican mayor of Miami whose citizens raced to evacuate before Hurricane Irma, says if not now, when?

"Climate Change? That’s ‘Insensitive,’ E.P.A. Chief Says" is from the September 11, 2017 U.S. section of The New York Times. It was written by Lisa Friedman and narrated by Kristi Burns.