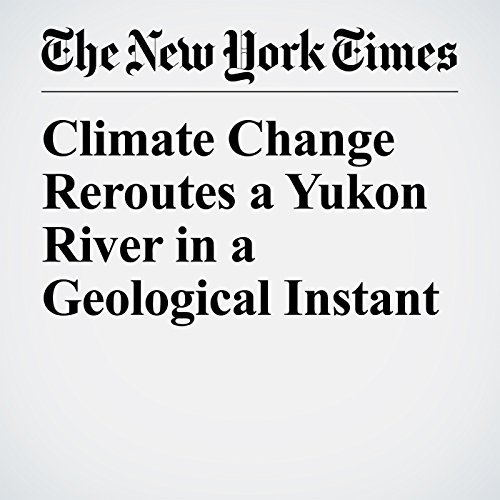 In the blink of a geological eye, climate change has helped reverse the flow of water melting from a glacier in Canada’s Yukon, a hijacking that scientists call “river piracy.”This engaging term refers to one river capturing and diverting the flow of another. It occurred last spring at the Kaskawulsh Glacier, one of Canada’s largest, with a suddenness that startled scientists.

"Climate Change Reroutes a Yukon River in a Geological Instant" is from the April 17, 2017 Science section of The New York Times. It was written by John Schwartz and narrated by Kristi Burns.