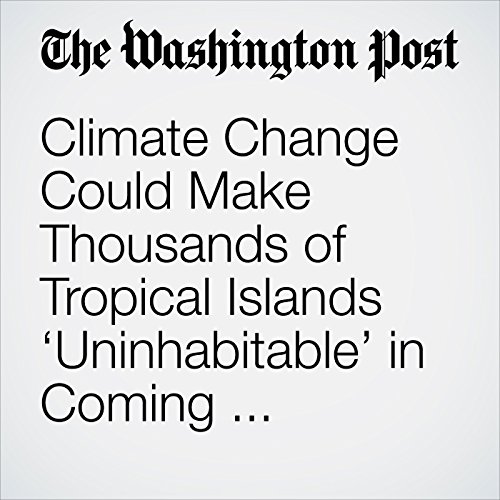 More than a thousand low-lying tropical islands risk becoming “uninhabitable” by the middle of the century — or possibly sooner — because of rising sea levels, upending the populations of some island nations and endangering key U.S. military assets, according to new research published Wednesday.

"Climate Change Could Make Thousands of Tropical Islands ‘Uninhabitable’ in Coming Decades, New Study Says" is from the April 25, 2018 World section of The Washington Post. It was written by Chris Mooney and Brady Dennis and narrated by Sam Scholl.