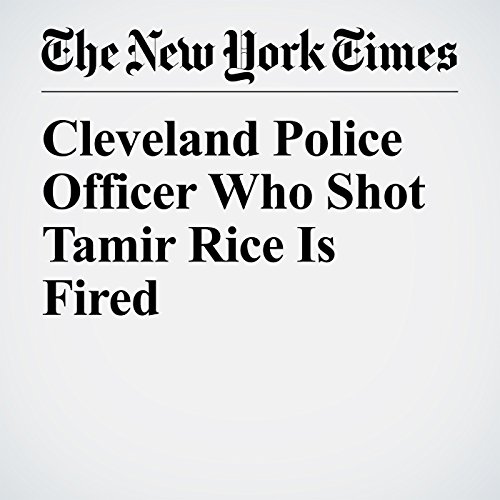 "Cleveland Police Officer Who Shot Tamir Rice Is Fired" is from the May 30, 2017 U.S. section of The New York Times. It was written by Jacey Fortin and Jonah Engel Bromwich and narrated by Fleet Cooper.