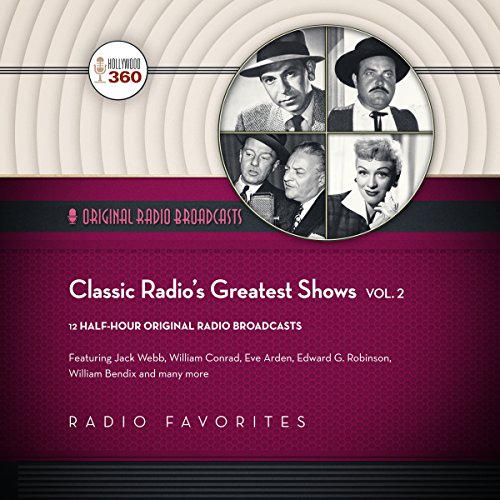 This collection contains 12 of the greatest radio shows ever broadcast during the golden age of radio. You'll hear Freeman Gosden and Charles Correll in Amos 'n' Andy; Bob Bailey in Yours Truly, Johnny Dollar; Jim and Marian Jordan in Fibber McGee and Molly; William Bendix as Chester A. Riley in The Life of Riley; Eve Arden as Connie Brooks in Our Miss Brooks; William Conrad as Marshal Matt Dillon in Gunsmoke; Edward G. Robinson in a terrifying episode of Suspense; plus many more. You can relive the classic radio shows from yesterday, featuring the legendary stars that made them great, in this incredible collection.