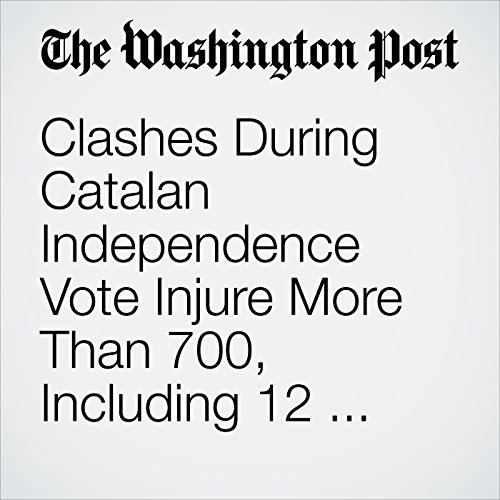 SABADELL, Spain — Just minutes after the first boisterous voters entered the polling station at an elementary school here on Sunday, dozens of National Police officers in riot gear smashed through the front window and began searching for the ballot boxes.

"Clashes During Catalan Independence Vote Injure More Than 700, Including 12 Police Officers" is from the October 01, 2017 Europe section of The Washington Post. It was written by William Booth and narrated by Sam Scholl.