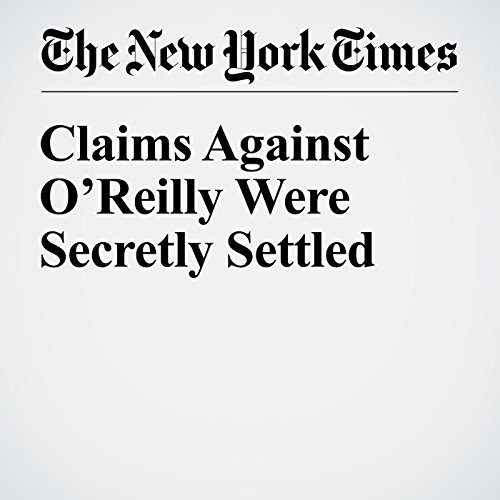 In the weeks after Roger Ailes was ousted as the chairman of Fox News in July, amid a sexual harassment scandal, company executives secretly struck an agreement with a longtime broadcast personality who had come forward with similar accusations about the network’s top host, Bill O’Reilly.

"Claims Against O’Reilly Were Secretly Settled" is from the January 10, 2017 Business section of The New York Times. It was written by Emily Steel and Michael S. Schmidt and narrated by Keith Sellon-Wright.