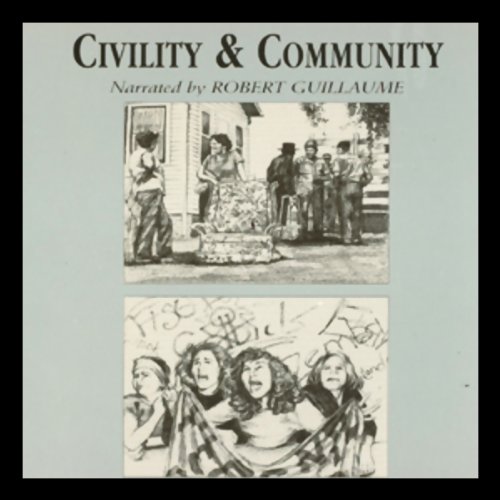 Civility, which comes to us from the Latin word for citizen, includes not only the notions of courtesy and politeness, but also such matters as social relationships and proper conduct in human relationships. For some, civility is the essential glue that holds society together, and it involves such important issues as friendship, altruism, responsibility, dignity, and justice.

Aristotle saw civility as a form of friendship, which he understood as a mutual feeling of good will. Aristotle believed that humans are capable of promoting another person's interest without regard for our own, and he ranked friendships according to their degree of intimacy and commitment. "Character friendship" may be purely selfless; "advantage friendship" is a mixture of self-interest with perhaps some altruism, and this is the basis of civil interaction.

By contrast, Thomas Hobbes believed that humans are incapable of sympathy with the interests of others; he said that we are ultimately motivated by self-interest in all of our acts. But recent experiments and theoretical developments have supported the view of David Hume, who believed that humans are naturally sympathetic, with our benevolence (or willingness to act selflessly) guided by such things as reason and custom.