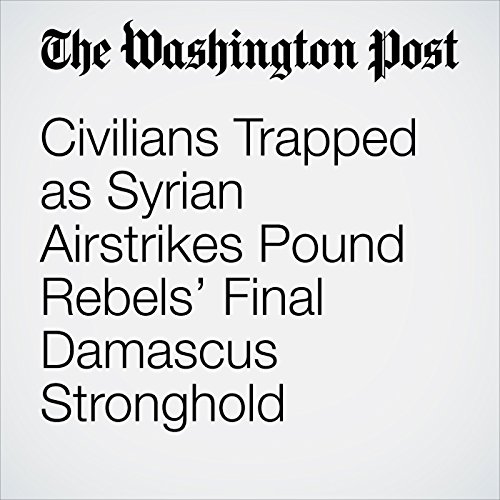 BEIRUT — Syrian government warplanes attacked the final rebel-held city near Damascus on Friday, killing dozens of people, as civilians who had spent days agonizing over whether to stay or go feared that their decision had been made for them.

"Civilians Trapped as Syrian Airstrikes Pound Rebels’ Final Damascus Stronghold" is from the April 06, 2018 World section of The Washington Post. It was written by Louisa Loveluck and Asma Ajroudi and narrated by Jenny Hoops.