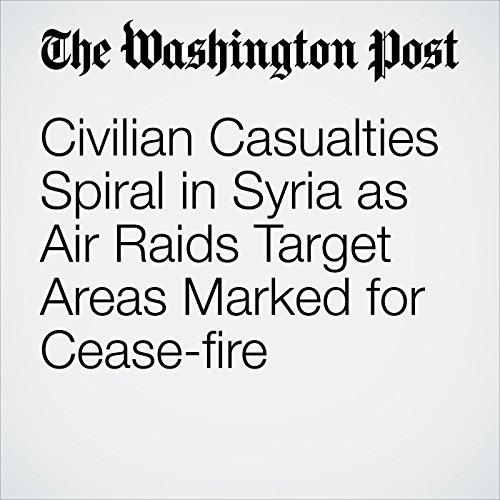 Civilian casualties have spiraled across Syria in recent weeks as pro-government forces launch hundreds of bombing raids across areas marked for international protection.

"Civilian Casualties Spiral in Syria as Air Raids Target Areas Marked for Cease-fire" is from the October 07, 2017 World section of The Washington Post. It was written by Louisa Loveluck and narrated by Sam Scholl.