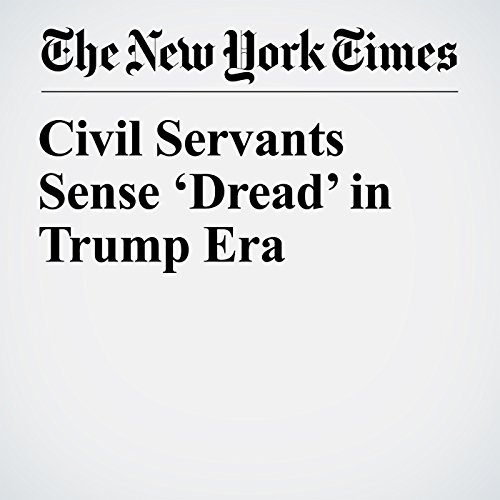 Across the vast federal bureaucracy, Donald Trump’s arrival in the White House has spread anxiety, frustration, fear and resistance among many of the 2 million nonpolitical civil servants who say they work for the public, not a particular president.

"Civil Servants Sense ‘Dread’ in Trump Era" is from the February 11, 2017 U.S section of The New York Times. It was written by Michael D. Shear and Eric Lichtblau and narrated by Barbara Benjamin-Creel.