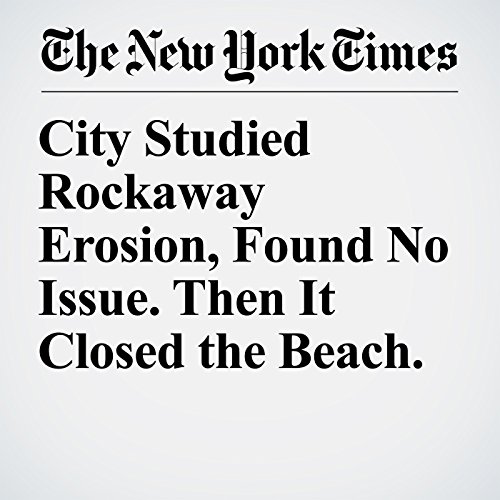 NEW YORK — Senior officials in Mayor Bill de Blasio’s administration have known for at least a year that the sands of Rockaway Beach were swiftly washing away. They heard about it at a town-hall meeting and in City Council hearings. They conducted a $200,000 study.

"City Studied Rockaway Erosion, Found No Issue. Then It Closed the Beach." is from the May 24, 2018 U.S. section of The New York Times. It was written by J. David Goodman and narrated by Barbara Benjamin-Creel.