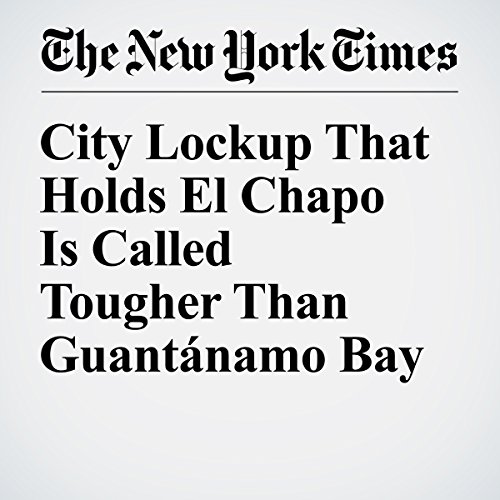 The Metropolitan Correctional Center, the rust-colored fortress in Lower Manhattan where hundreds of federal inmates are housed, was described as less hospitable than Guantánamo Bay by one inmate who had been incarcerated at both. The highest risk half-dozen inmates — or at least the ones facing the most severe charges — are housed in conditions so isolating that some have blamed them for deteriorating eyesight.

"City Lockup That Holds El Chapo Is Called Tougher Than Guantánamo Bay" is from the January 23, 2017 United States section of The New York Times. It was written by Joseph Goldstein and narrated by Caroline Miller.