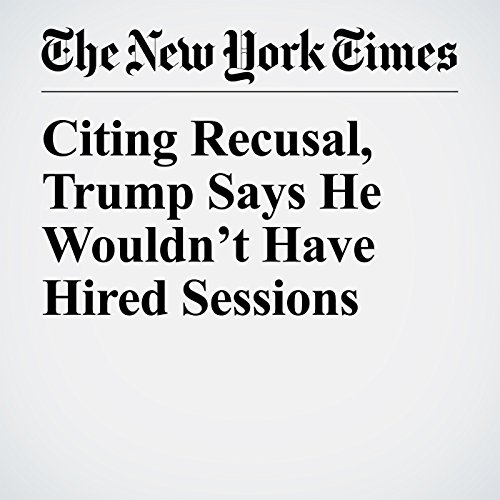 President Donald Trump said Wednesday that he never would have appointed Attorney General Jeff Sessions had he known Sessions would recuse himself from overseeing the Russia investigation that has dogged his presidency, calling the decision “very unfair to the president.”

"Citing Recusal, Trump Says He Wouldn’t Have Hired Sessions" is from the July 20, 2017 U.S. section of The New York Times. It was written by Peter Baker, Michael S. Schmidt and Maggie Haberman and narrated by Kristi Burns.