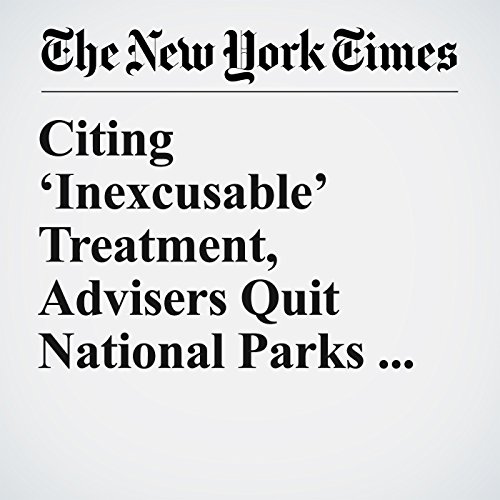 The majority of members of the National Parks System Advisory Board, which advises the federal government on management of the country’s national parks, have jointly resigned to protest Trump administration policies that the board members say have ignored science, squelched efforts to address climate change and undermined environmental protections.

"Citing ‘Inexcusable’ Treatment, Advisers Quit National Parks Panel" is from the January 16, 2018 U.S. section of The New York Times. It was written by Coral Davenport and narrated by Keith Sellon-Wright.