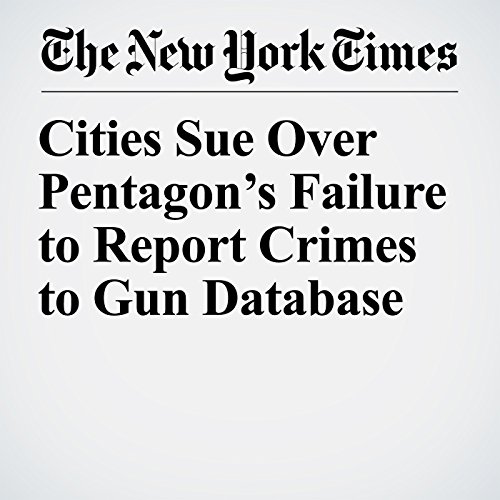 The Pentagon has for years defied federal laws intended to keep guns out of the hands of felons and domestic abusers by failing to report many criminal convictions in the military justice system to the FBI and to the national gun background-check database. Now, after two decades of serious lapses — and one of the worst mass shootings in U.S. history — officials from New York City, Philadelphia and San Francisco are trying to force a change.

"Cities Sue Over Pentagon’s Failure to Report Crimes to Gun Database" is from the December 26, 2017 U.S. section of The New York Times. It was written by Richard A. Oppel Jr. and narrated by Kristi Burns.