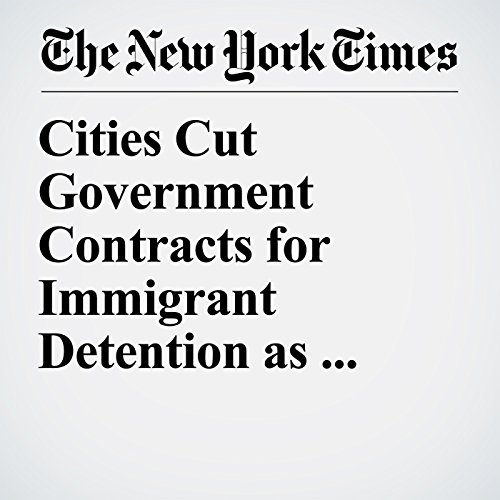 EL PASO, Texas — In Texas, officials near Austin terminated a contract with Immigration and Customs Enforcement to detain dozens of migrant mothers who had been arrested and separated from their children. In California, Sacramento County ended a multimillion-dollar deal with ICE to keep immigrants jailed while awaiting hearings.

"Cities Cut Government Contracts for Immigrant Detention as Protests Grow" is from the June 28, 2018 U.S. section of The New York Times. It was written by Simon Romero and narrated by Keith Sellon-Wright.