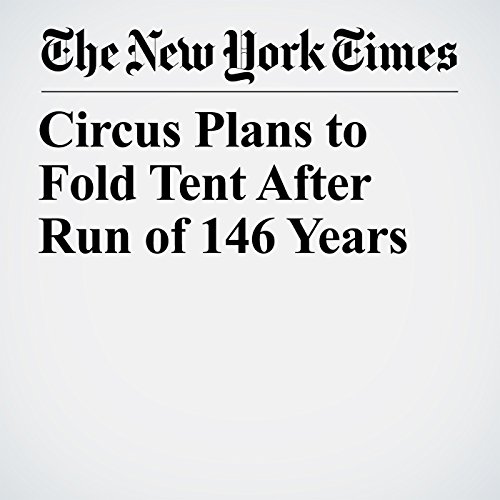 Ringling Bros. and Barnum & Bailey circus announced Saturday night that after 146 years of performances, it was folding its big tent forever.

"Circus Plans to Fold Tent After Run of 146 Years" is from the January 15, 2017 U.S. section of The New York Times. It was written by Christopher Mele and narrated by Fleet Cooper.