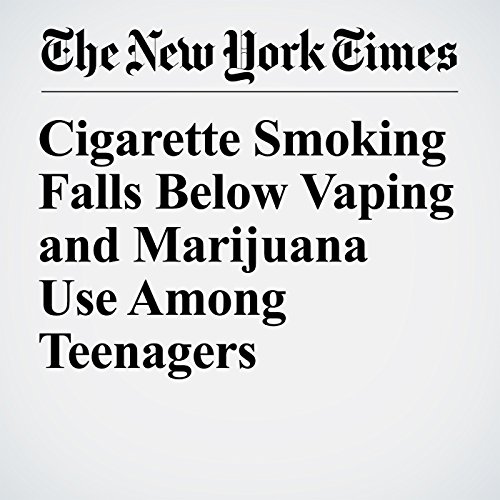 Cigarette smoking has dropped so sharply among U.S. teenagers that vaping and marijuana use are more common, according to a national survey of adolescent drug use released Thursday.

"Cigarette Smoking Falls Below Vaping and Marijuana Use Among Teenagers" is from the December 14, 2017 U.S. section of The New York Times. It was written by Jan Hoffman and narrated by Keith Sellon-Wright.