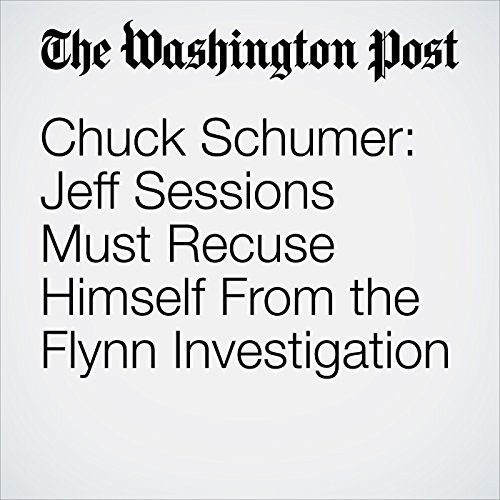 The gravity of the issues raised by the events that led to national security adviser Michael Flynn’s resignation cannot be overstated or ignored. Revelations about Flynn’s contact with the Russians and reports indicating that he may have lied to the FBI about that contact may be only the tip of the iceberg. There’s an overwhelming view in our intelligence community that Russia tried to influence our election.

"Chuck Schumer: Jeff Sessions Must Recuse Himself From the Flynn Investigation" is from the February 21, 2017 Opinion section of The Washington Post. It was written by Chuck Schumer and narrated by Jenny Hoops.