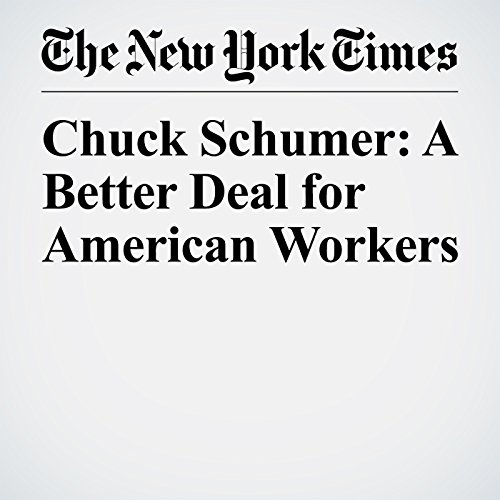 Americans are clamoring for bold changes to our politics and our economy. They feel, rightfully, that both systems are rigged against them, and they made that clear in last year’s election. American families deserve a better deal so that this country works for everyone again, not just the elites and special interests. Today, Democrats will start presenting that better deal to the American people.

"Chuck Schumer: A Better Deal for American Workers" is from the July 23, 2017 Opinion section of The New York Times. It was written by Chuck Schumer and narrated by Kristi Burns.