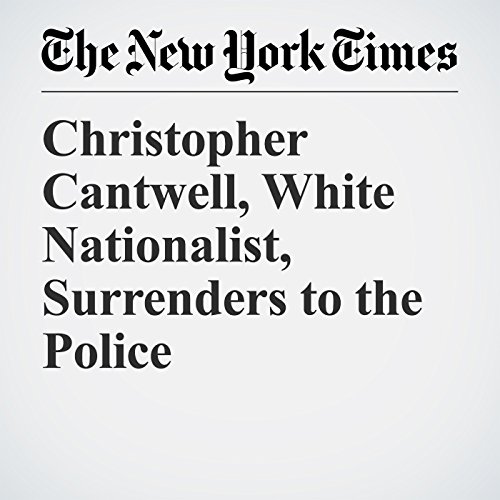 A white nationalist whose behavior at violent gatherings this month in Charlottesville, Virginia, brought him notoriety after he was featured in a widely viewed documentary, has surrendered to authorities in Virginia days after warrants went out for his arrest.

"Christopher Cantwell, White Nationalist, Surrenders to the Police" is from the August 24, 2017 U.S. section of The New York Times. It was written by Frances Robles and Matt Stevens and narrated by Keith Sellon-Wright.