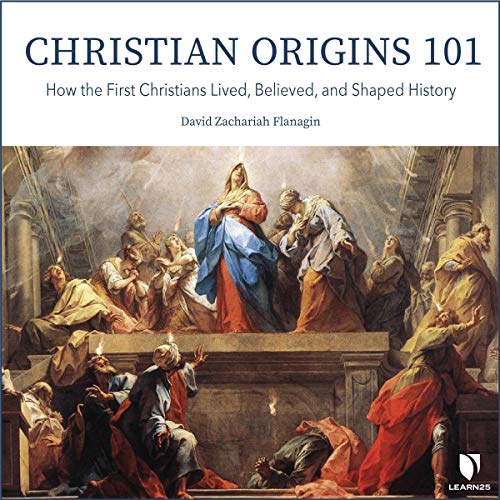 You are invited to journey back 2,000 years to the very start of Christianity and track 450 years of its fascinating early development.

In Christian Origins 101, you will explore the rich history, early leadership, and groundbreaking theology, of early Christianity. Through 30 erudite lectures, you will focus on six major themes: the early Church's relationship with its Jewish heritage, the Gnostic movement, Christianity and the Roman Empire, the early Church and women, debates about Jesus' divinity in the fourth century, and debates about Jesus' humanity in the fifth century. Each of these themes served as a locus for significant debates about the nature of Christian beliefs and practices.

You will find these lectures extraordinarily well taught, highly informative, and enjoyable.

This course is part of the Learn25 Collection.

This is the second series of lectures by this professor that I have purchased and I really appreciate his ability to clearly and succinctly present his material. Excellent content and presentation.

I really enjoyed the lectures and the information. would like to hear more from the lecturer.