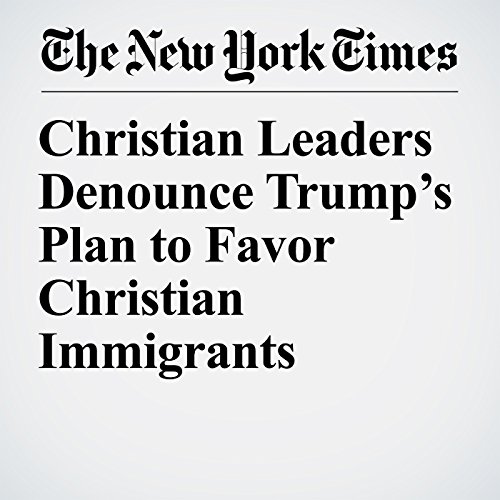 A broad array of clergy members has strongly denounced Trump’s order as discriminatory, misguided and inhumane. Outrage has also come from some of the evangelical, Roman Catholic and mainline Protestant leaders who represent the churches most active in trying to aid persecuted Christians.

"Christian Leaders Denounce Trump’s Plan to Favor Christian Immigrants" is from the January 29, 2017 U.S. section of The New York Times. It was written by Laurie Goodstein and narrated by Keith Sellon-Wright.