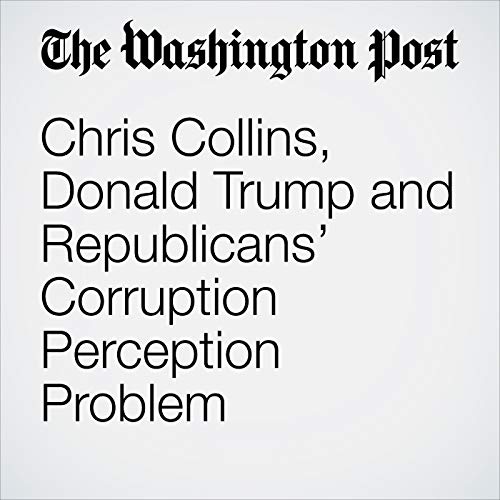 He’s not the best-known member of Congress. In fact, before his indictment Wednesday on insider trading, you may not have ever heard of Rep. Chris Collins (R-N.Y.). But now that he’s facing serious federal charges that he used his position of power to help his family avoid a financial hit, the door has opened for Democrats to try to characterize the Republican Party in the era of President Trump as corrupt. And — surprise! — that’s exactly what Democrats are trying to do.

"Chris Collins, Donald Trump and Republicans’ Corruption Perception Problem" is from the August 08, 2018 Politics section of The Washington Post. It was written by Amber Phillips and narrated by Sam Scholl.