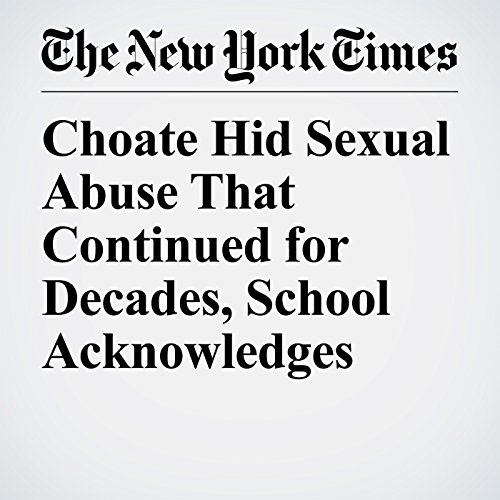 Choate Rosemary Hall said on Thursday that at least 12 former teachers had sexually molested — and in at least one case raped — students at the elite Connecticut boarding school in a pattern of abuse dating back to the 1960s.

"Choate Hid Sexual Abuse That Continued for Decades, School Acknowledges" is from the April 14, 2017 U.S. section of The New York Times. It was written by Elizabeth A. Harris and narrated by Barbara Benjamin-Creel.