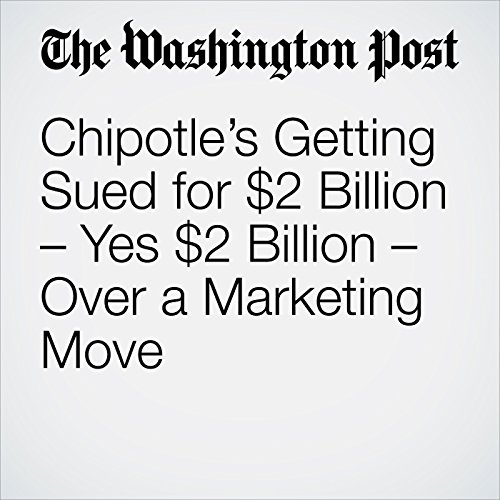 Nine years ago, according to Caldwell, a photographer snapped photos inside of a Chipotle restaurant near Denver that included her. When asked to sign a release she claims she pointedly refused. She told Fortune she was “floored” when she saw pictures of herself hanging at an Orlando restaurant in 2014 and then in other California locations. The photos were touched up to make her hair look better, but also “put a false light upon her character associated with consuming alcoholic beverages,” the lawsuit claims.

"Chipotle’s Getting Sued for $2 Billion – Yes $2 Billion – Over a Marketing Move" is from the January 10, 2017 Business section of The Washington Post. It was written by Gene Marks and narrated by Sam Scholl.