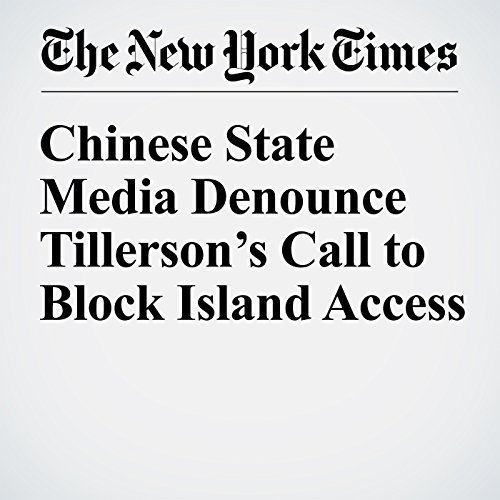 The Chinese state news media lashed out at Rex W. Tillerson, President-elect Donald Trump’s nominee for secretary of state, on Friday, warning that his call to deny China access to islands it has constructed in the South China Sea could provoke a conflict.

"Chinese State Media Denounce Tillerson’s Call to Block Island Access" is from the January 13, 2017 World section of The New York Times. It was written by Javier C. Hernández and narrated by Corey M. Snow.