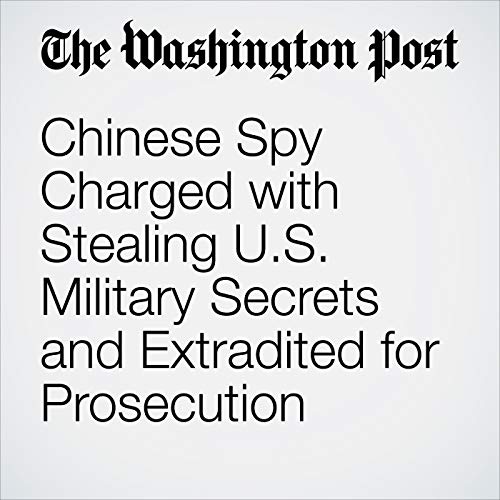 In a rare feat, federal agents lured a Chinese government spy to Belgium, which transferred him this week to the United States for prosecution on economic espionage charges, U.S. officials said Wednesday.

"Chinese Spy Charged with Stealing U.S. Military Secrets and Extradited for Prosecution" is from the October 10, 2018 National section of The Washington Post. It was written by Ellen Nakashima and narrated by Sam Scholl.