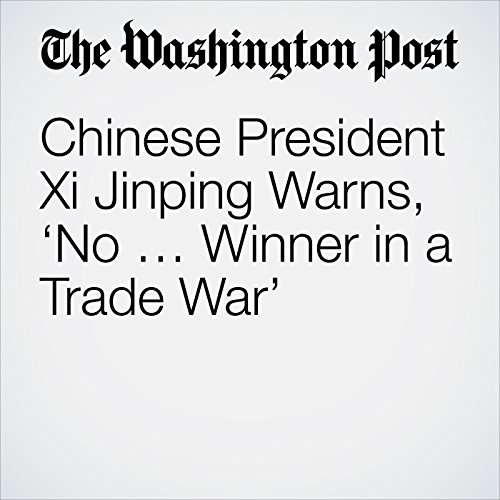 Chinese President Xi Jinping offered a defense of globalization at the World Economic Forum on Tuesday, delivering a strong critique of the protectionist movement endorsed by Western leaders such as President-elect Donald Trump.

"Chinese President Xi Jinping Warns, ‘No … Winner in a Trade War’" is from the January 17, 2017 Business section of The Washington Post. It was written by Max Ehrenfreund and narrated by Sam Scholl.