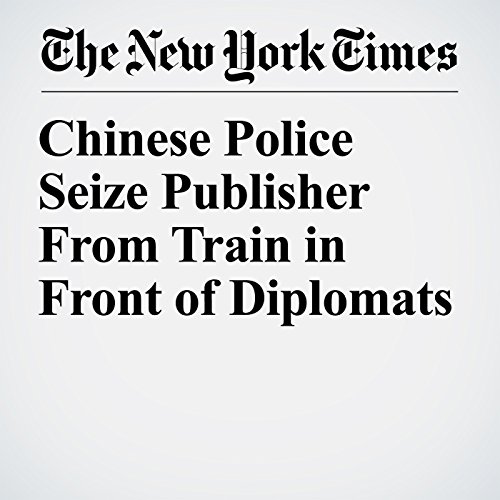 A Hong Kong-based book publisher with Swedish citizenship who was secretly spirited to China and held in custody for two years, igniting international controversy, has disappeared again in dramatic fashion — snatched from a train bound for Beijing under the eyes of two Swedish diplomats.

"Chinese Police Seize Publisher From Train in Front of Diplomats" is from the January 22, 2018 World section of The New York Times. It was written by Chris Buckley and narrated by Kristi Burns.