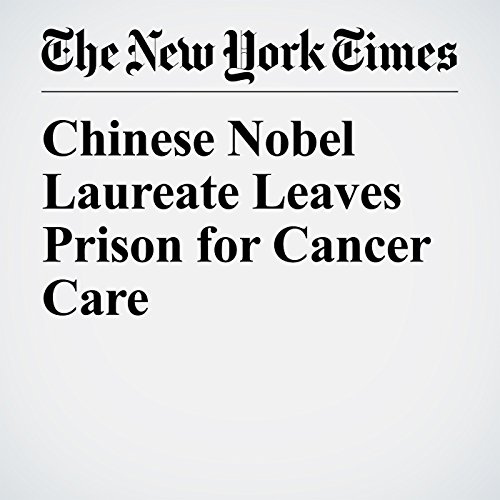 Liu Xiaobo, the jailed Chinese dissident who received the Nobel Peace Prize for his writings promoting democracy, has been moved from prison to be treated for late-stage cancer, two of his lawyers said Monday.

"Chinese Nobel Laureate Leaves Prison for Cancer Care" is from the June 26, 2017 World section of The New York Times. It was written by Chris Buckley and Austin Ramzy and narrated by Kristi Burns.