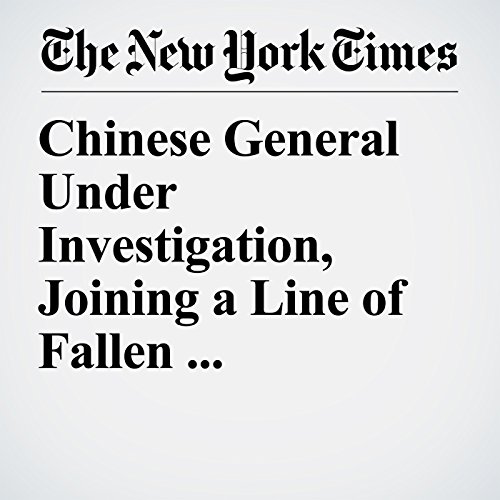 A senior Chinese general who won the national spotlight by overseeing a grand military parade and who vowed unwavering support for President Xi Jinping’s drive against corruption has come under investigation for graft, the latest in a string of People’s Liberation Army commanders to fall.

"Chinese General Under Investigation, Joining a Line of Fallen Commanders" is from the January 09, 2018 World section of The New York Times. It was written by Chris Buckley and narrated by Keith Sellon-Wright.