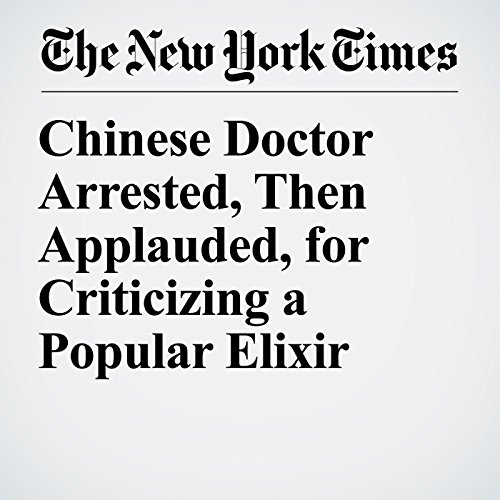 BEIJING — For nearly 100 days, a Chinese doctor, Tan Qindong, was jailed for an essay he wrote. He slept beside a toilet, crammed in with other suspected criminals, with little but steamed buns to eat. But his offending article was no dissident political tract.

"Chinese Doctor Arrested, Then Applauded, for Criticizing a Popular Elixir" is from the April 19, 2018 World section of The New York Times. It was written by Chris Buckley, Karoline Kan and narrated by Keith Sellon-Wright.