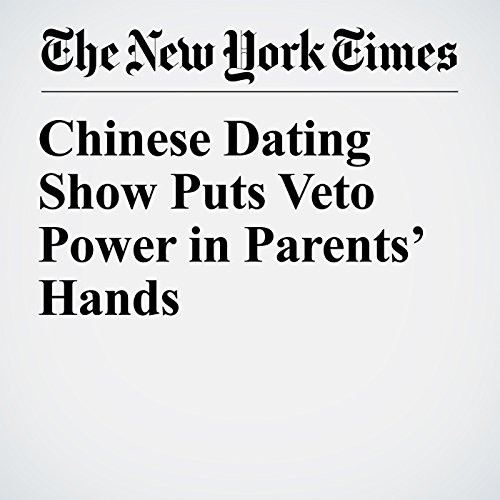 Dating shows are not new in China. The top-rated If You Are the One turned several contestants into celebrities through their provocative statements, such as “I’d rather cry in a BMW than laugh on a bicycle.” What’s different about “Chinese Dating” is that it gives parents power over their children’s choices, a power that many viewers say reflects Chinese society today.

"Chinese Dating Show Puts Veto Power in Parents’ Hands" is from the February 16, 2017 World section of The New York Times. It was written by Karoline Kan and narrated by Caroline Miller.