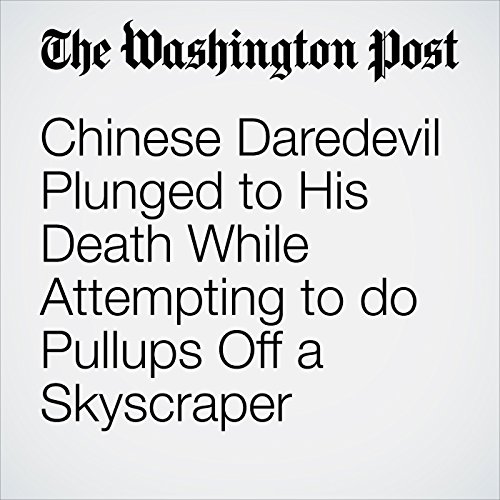 Chinese state media called for greater regulations on live-streaming after video of a daredevil's fatal fall from a skyscraper was apparently leaked online this week.

"Chinese Daredevil Plunged to His Death While Attempting to do Pullups Off a Skyscraper" is from the December 12, 2017 World section of The Washington Post. It was written by Amy B. Wang and narrated by Sam Scholl.