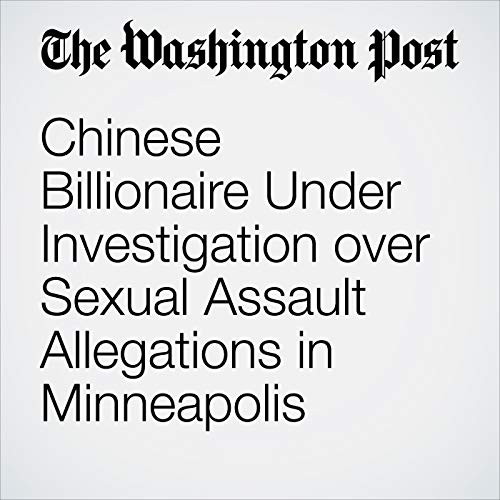 "Chinese Billionaire Under Investigation over Sexual Assault Allegations in Minneapolis" is from the September 02, 2018 World section of The Washington Post. It was written by Alex Horton and Emily Rauhala and narrated by Sam Scholl.