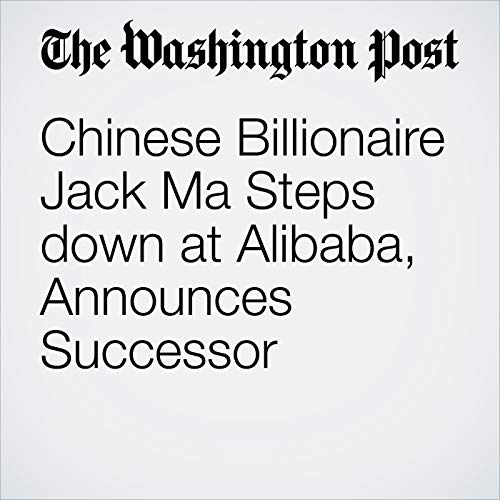 Chinese e-commerce giant Alibaba announced Monday that chief executive Daniel Zhang will replace Jack Ma as chairman of the board next September, outlining the celebrity billionaire’s plans to fade from the business empire he co-founded in 1999.

"Chinese Billionaire Jack Ma Steps down at Alibaba, Announces Successor" is from the September 10, 2018 Business section of The Washington Post. It was written by Danielle Paquette and narrated by Sam Scholl.