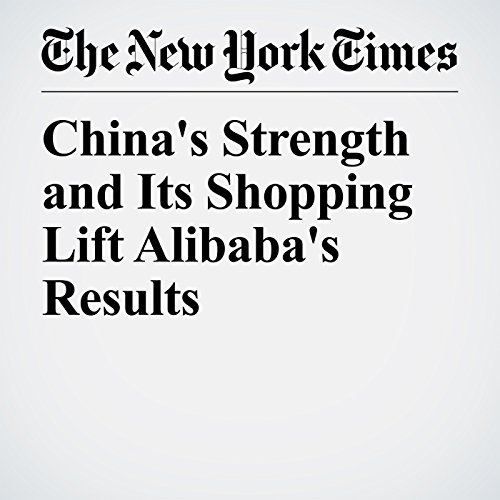 The Alibaba Group, the Chinese e-commerce giant that a few years ago led the biggest share listing in the history of the U.S. stock market, on Thursday posted strong profit growth and better-than-expected sales growth for the three months that ended in March. The surge came as Chinese government statistics showed an increase in online retail sales as well as stronger overall economic growth. Robust online activity has helped others as well, with Tencent Holdings, a major rival to Alibaba, reporting a strong rise in profit and JD.com, another rival, posting its first profit.

"China's Strength and Its Shopping Lift Alibaba's Results" is from the May 18, 2017 Business section of The New York Times. It was written by Paul Mozur and narrated by Kristi Burns.