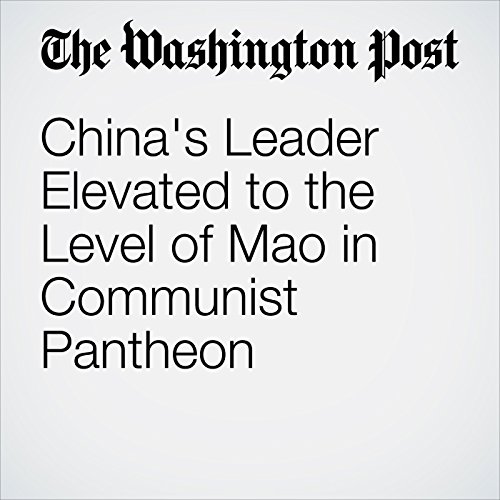 China's Leader Elevated to the Level of Mao in Communist Pantheon

China’s Communist Party formally elevated President Xi Jinping to the same status as party legends Mao Zedong and Deng Xiaoping on Tuesday, writing his name into its constitution and setting the nation’s leader up for an extended stay in power.

"China's Leader Elevated to the Level of Mao in Communist Pantheon" is from the October 24, 2017 World section of The Washington Post. It was written by Simon Denyer and narrated by Sam Scholl.