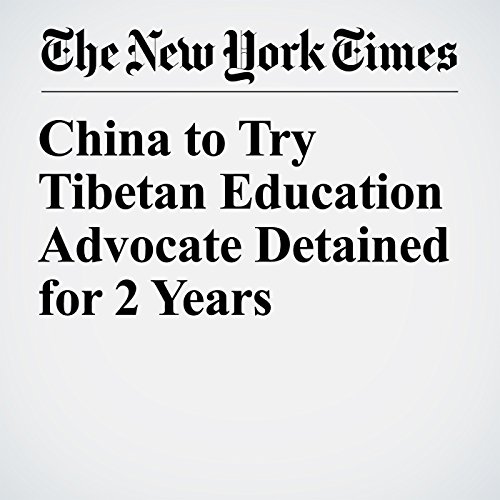 Chinese officials are planning to put Tashi Wangchuk, who advocates broader Tibetan language education, on trial next week for “inciting separatism,” a charge that could result in a sentence of up to 15 years in prison, according to his lawyers.

"China to Try Tibetan Education Advocate Detained for 2 Years" is from the December 30, 2017 World section of The New York Times. It was written by Edward Wong and narrated by Barbara Benjamin-Creel.