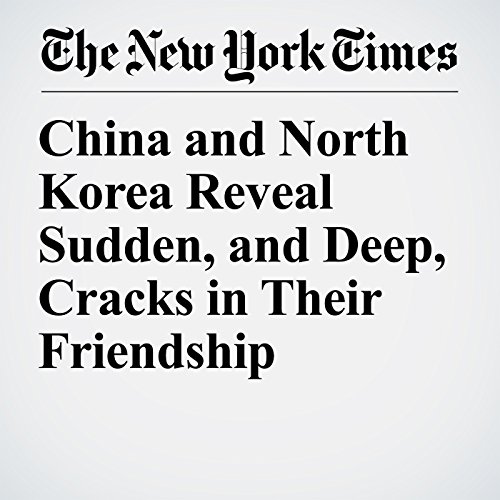 For decades, North Korea could count on China as a loyal ally despite the erratic behavior of the ruling Kim dynasty, as Beijing held its tongue despite its neighbor’s saber rattling, nuclear testing and bombastic threats.

"China and North Korea Reveal Sudden, and Deep, Cracks in Their Friendship" is from the February 24, 2017 World section of The New York Times. It was written by Jane Perlez and narrated by Barbara Benjamin-Creel.