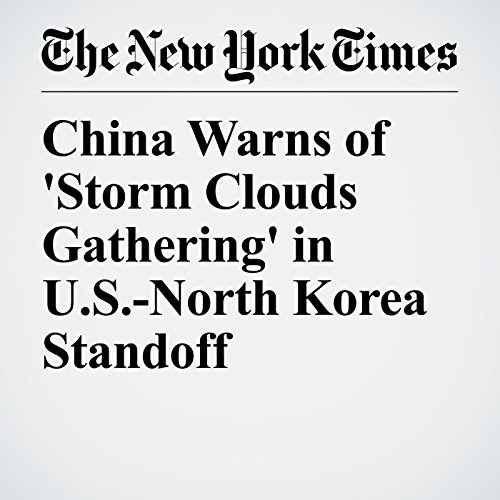 China warned on Friday that tensions on the Korean Peninsula could spin out of control, as North Korea said it could test a nuclear weapon at any time and an American naval group neared the peninsula in a show of resolve.

"China Warns of 'Storm Clouds Gathering' in U.S.-North Korea Standoff" is from the April 14, 2017 World section of The New York Times. It was written by Gerry Mullany and Chris Buckley and narrated by Jef Holbrook.