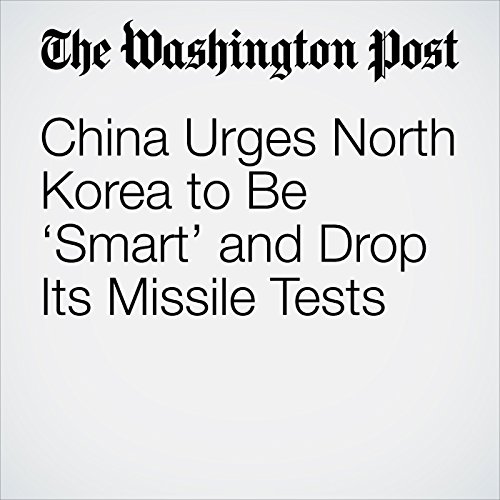 "China Urges North Korea to Be ‘Smart’ and Drop Its Missile Tests" is from the August 06, 2017 Asia & Pacific section of The Washington Post. It was written by Carol Morello and narrated by Sam Scholl.